Interaction and Generation for Prosthetics

The robotic drumming prosthesis was developed to allow Jason Barnes more freedom in drum playing, after an amputation of the lower part of his right arm.

My work with the arm focused on improving methods for Jason to interact and use the arm. As well as supporting the arms use in many concerts I developed a new system for Jason to control the arm in performance. 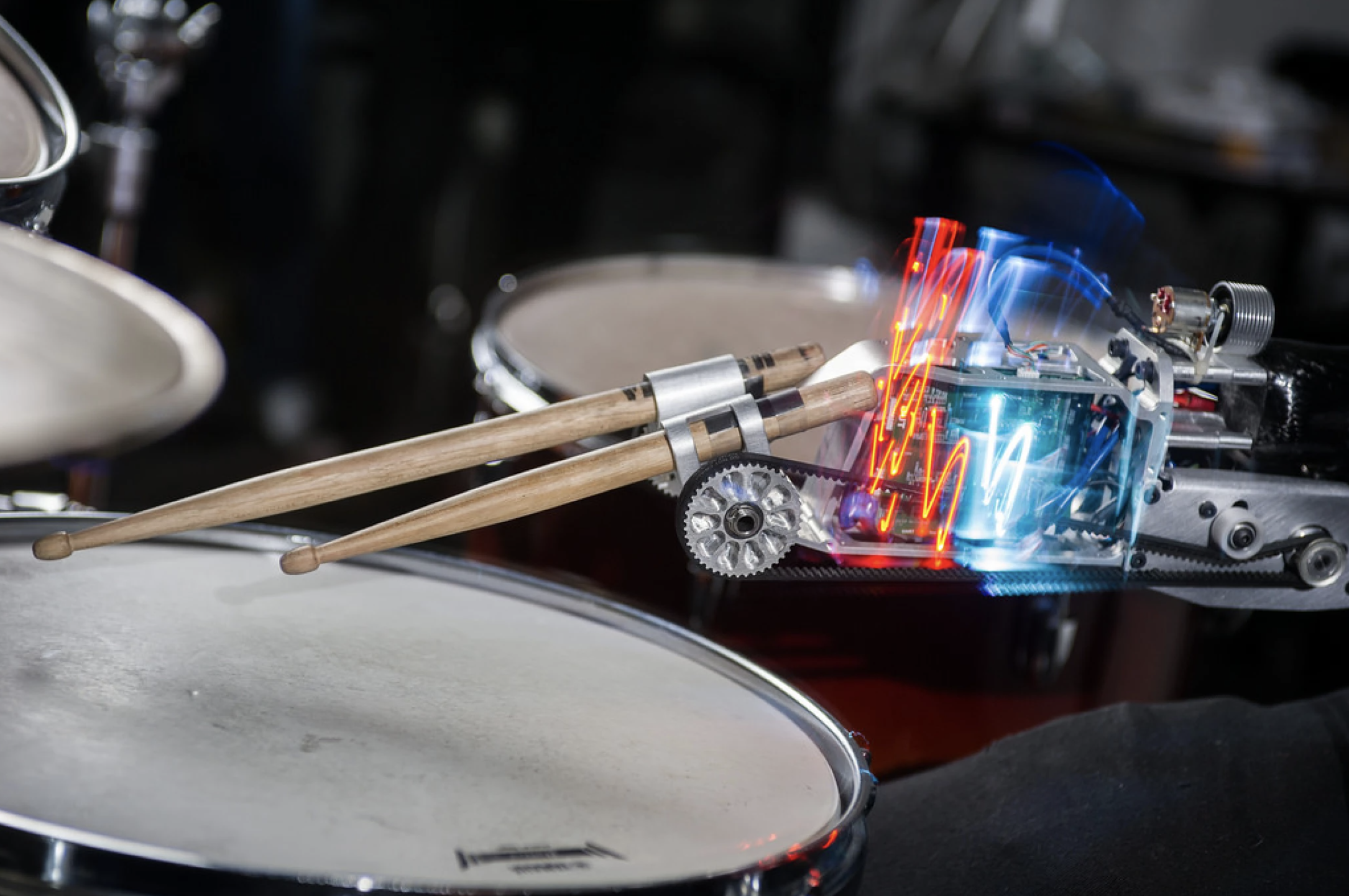 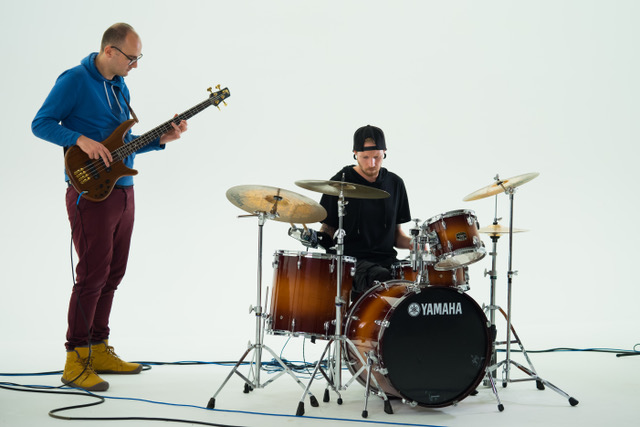 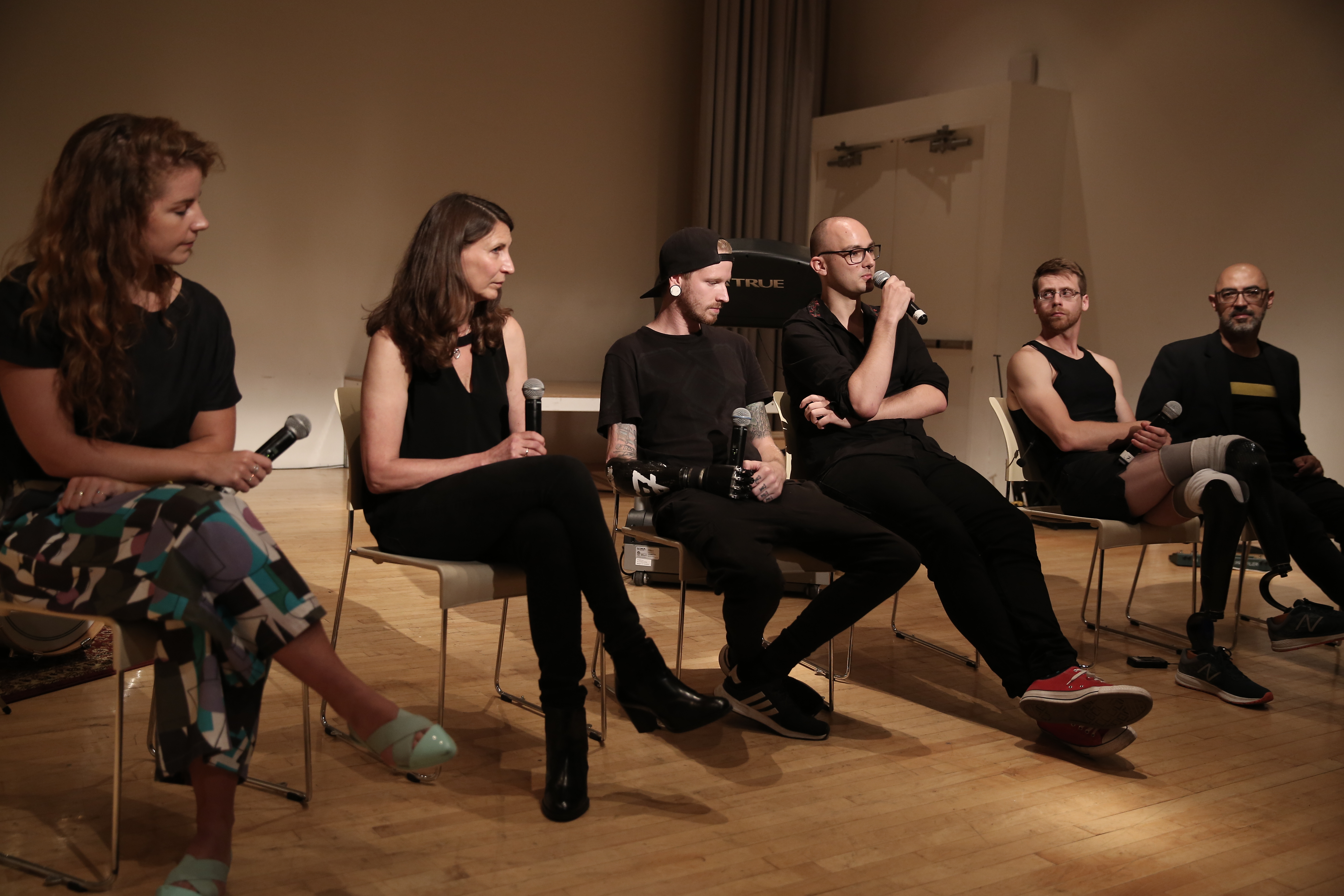 While working on the cyborg arm, I developed two film projects with Janet Biggs. These projects used various mixes of control over the arm, including AI generation, directly from Jason, and control from external sources, such as the speed of prosthetic running blades.

Seeing Constellations in the Darkness Between Stars

Seeing Constellations in the Darkness between Stars, focuses on the interdependency of art and science, specifically music and technology. Jason Barnes, a drummer who uses a prosthetic limb following the amputation of his lower arm, is shown expertly playing with both his whole and prosthetic arm. As the film progresses, there is a scene in which his artificial limb is contrasted briefly with the arm of a Mars Rover in the adjacent screen. They are very similar and serve as a glimpse into the future in which the human and the technological might be so merged that they are interchangeable in ways we can’t yet imagine. What we think is still in the realm of science fiction will soon be reality, if it isn’t already.

How the Light Gets In

https://vimeo.com/350337508 How the Light Gets In is a multi-media performance by artist Janet Biggs, presented by Hyphen Hub at Theater at New Museum on July 18, 2019. The piece was constructed in 4 movements. It opened with a duet between Mary Ester Carter and A I Anne. Mary is a singer songwriter, dancer and actor. A I Anne is an artificial intelligence entity trained on improvisations from jazz to world music. Anne actively listened to Mary and generates new ideas based on what she hears.

The second movement was a composition by Jason Barnes, titled Entity. Jason was wearing a prosthesis with 2 drum sticks attached. One stick is controlled by Jason and the other stick has artificial intelligence that allows it to hear what Jason is play and improvise off him. Violinists Earl Maneein and Mylez Gittens as well as singer Mary Ester Carter improvised off of Jason’s composition.

The next movement paired Jason Barnes with runner Brian Reynolds, who ran on prosthetic running blades. Brain and Jason became a percussive background as Mary tried to teach A I Anne language. In this segment, A I Anne’s voice controlled Jason’s 3rd drum stick.